Principles and Science Behind HIV Testing

According to the World Health Organization (WHO), in 2016, worldwide 40% of all people living with human immunodeficiency virus (HIV) did not know that they had it. That’s 14 million people.

The only way to know if you have HIV is to have an HIV test.

During National HIV Testing Day, many organisations raise awareness of the importance of HIV testing. An early diagnosis can prevent further HIV transmission and allow for timely treatment. This article explores the testing methods and the development of the tests.

HIV is a virus that can spread through bodily fluids. It attacks the immune system, especially CD4 cells, and has 3 stages:

There are 2 main types of HIV: HIV-1 and HIV-2. Worldwide, HIV-1 is more common. HIV-2 is mostly found in West Africa.

Currently, there is no cure for HIV. However, there are anti-retroviral therapies available, and future therapies, such as vaccines, are in development. With early diagnosis and effective treatment, most people with HIV can live a long life. 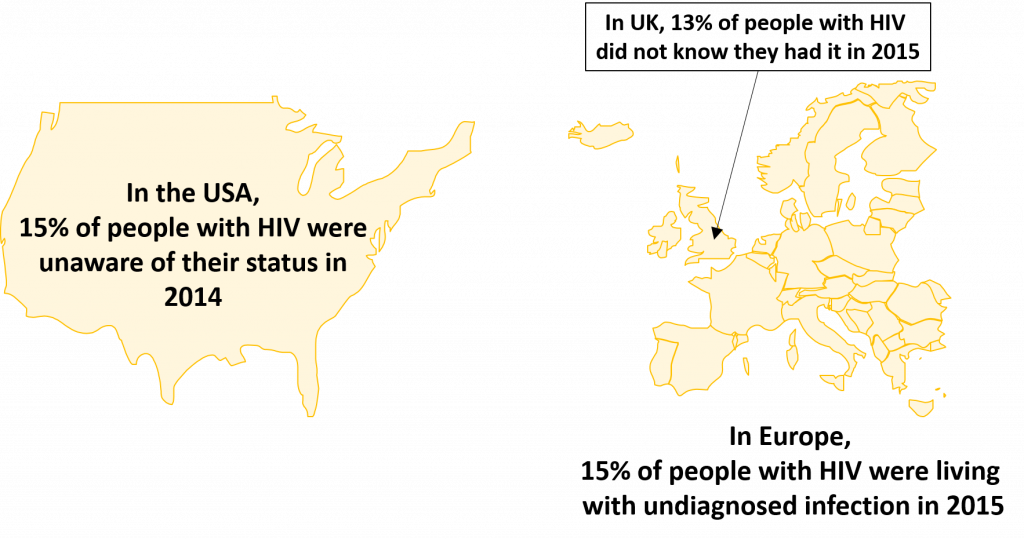 According to the WHO, the 5 Cs should be applied for all HIV tests:

Reasons why people might not wish to get tested include:

The science behind HIV testing

HIV can be diagnosed in different ways:

ELISA is a plate-based assay technique that can detect: 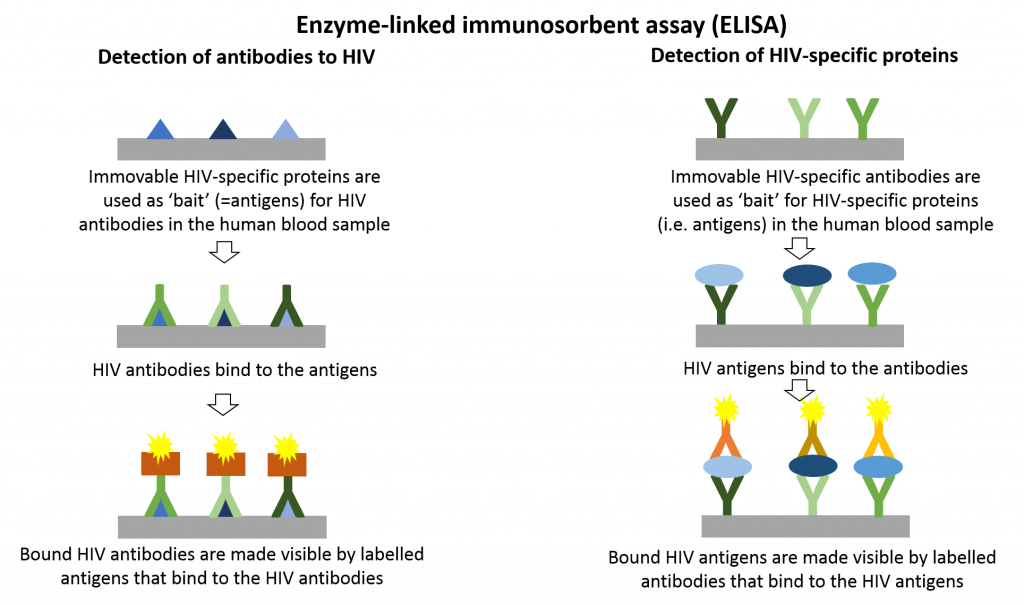 This assay can be used to detect proteins, such as antibodies against HIV and HIV antigens. Western blot assay is an electrophoretic technique that separates proteins based on their molecular weight (measured in kilo Daltons). This purification process requires several steps and allows for identification of different proteins at the same time. 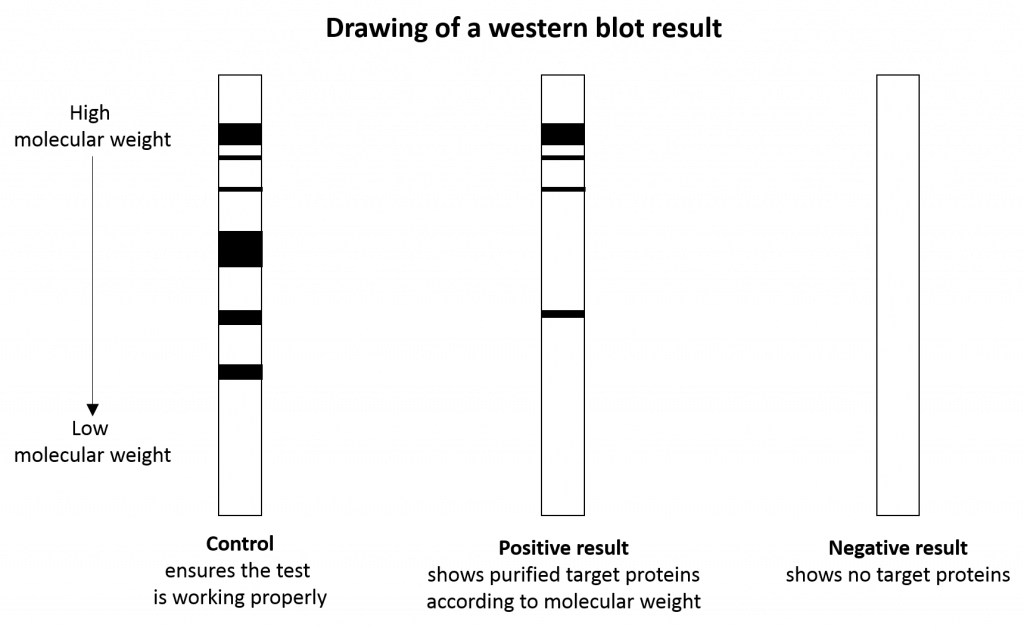 Different PCR techniques are used to detect the genetic material from HIV, i.e. RNA and DNA. PCR amplifies the genetic material in a controlled manner (cycles). Therefore, it can detect HIV at extremely low levels as well as produce quantifiable results, which means the amount of HIV present in the blood sample can be detected. 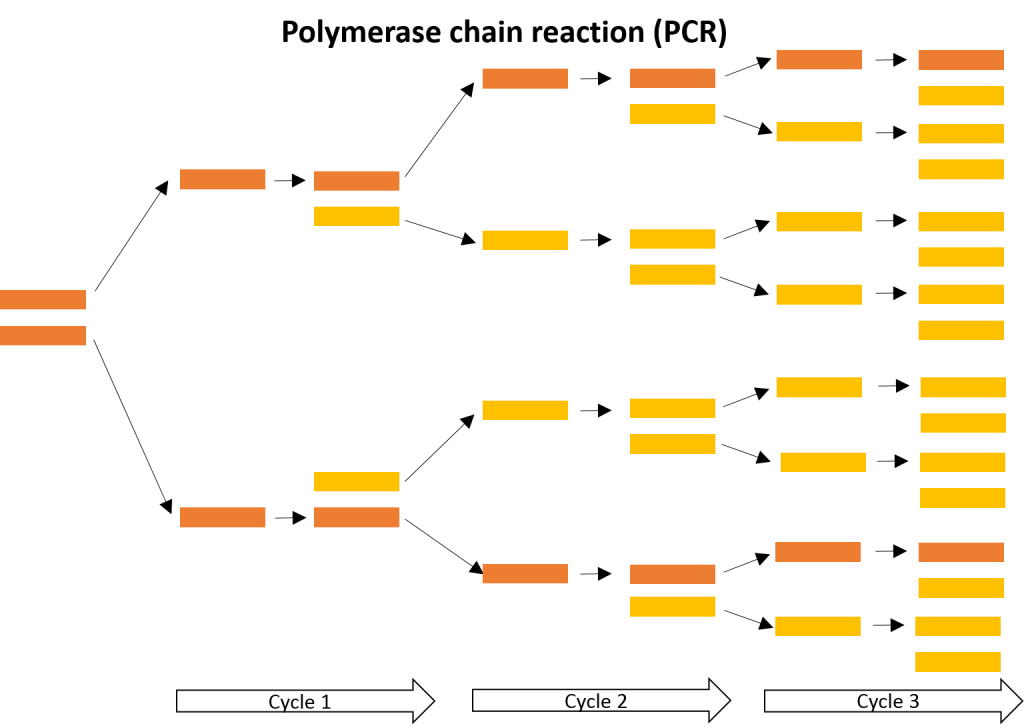 Since the development of the first HIV test in the 1980s, HIV testing procedures have evolved and could be categorised into 5 different generations:

An additional type of HIV testing is the rapid HIV test, which provides same-day results. These tests are also available for self-testing.

HIV testing procedure – example from the US

To test for HIV, a series of blood screenings are performed. In the US, the Centers for Disease Control and Prevention (CDC) recommend the following laboratory testing algorithm: 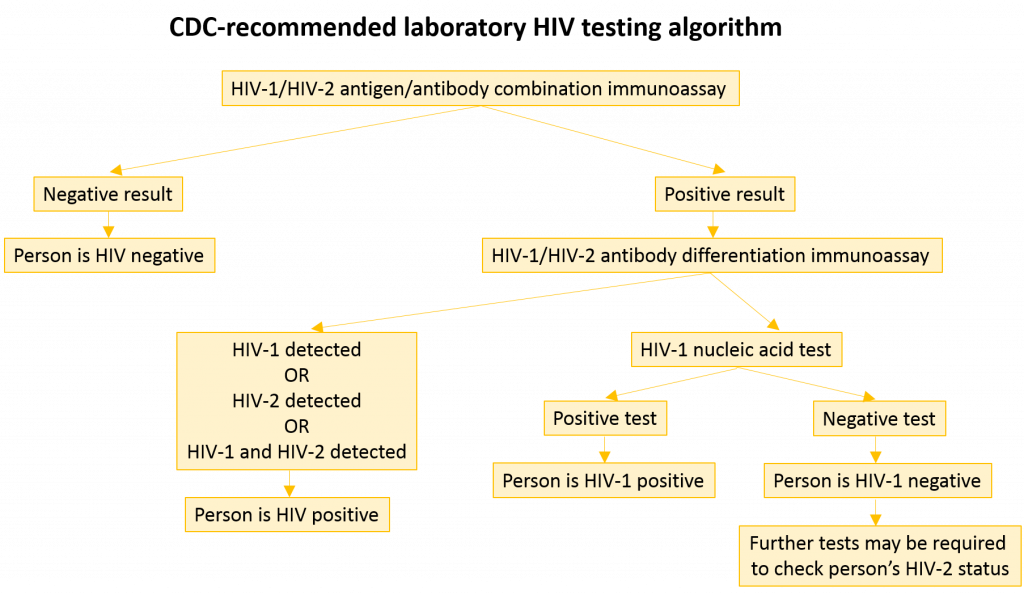 Infants born to women with established HIV infection are at high risk of contracting HIV. In infants below 18 months of age, HIV virological testing is strongly recommended as maternal HIV antibodies can be transferred during pregnancy and most serological tests cannot differentiate between antibodies produced by the mother or the infant.

June 27 is National HIV Testing Day, which can be used to start a conversation about HIV with your health care provider, family and friends. Knowing your HIV status is important for your health. HIV testing is confidential and free. Early diagnosis can save lives by avoiding further HIV transmission and allowing for appropriate treatment at an early stage of this disease.

Prime Global 5 June, 2020
It was great to learn more about our brilliant team members in our US offices in our catch up with Ana. Ana talks about how she has always been interested in HR, is passionate about team spirit and how she is central to bringing people together in her role. We are so pleased to have Ana as part of our family! END_OF_DOCUMENT_TOKEN_TO_BE_REPLACED
Interview, News, Prime careers, med comms, medcomms, Medical Communications, Recruitment
Prime GlobalAn interview with Ana Agudelo, Global HR Business Partner at Prime Global06.05.2020