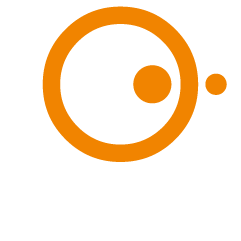 Prime, the founding agency of our group, is renowned for scientific excellence, strategic acumen, innovation, and benchmark-setting medical communication solutions. This is evidenced by the deep and long-standing relationships Prime has nurtured with its numerous pharma and biotech clients; many of which span over 20 years.

Prime’s dedication to providing consistently outstanding quality and working in genuinely close partnership with clients, is the DNA that runs through all agencies within the Prime Global group. With offices around the world, Prime provides a full spectrum of medical communication and educational services.

Be proactive, be responsive

Another highly successful* interactive satellite symposium just delivered
(*‘excellent symposium’ and ‘excellent work’ according to our client and faculty).

Clients asking us to expand our support, from a single discrete project, to support them across all their medical communication and educational activities in 2017.

We’re always looking for brilliant people to join our teams! Click the link to find out more about becoming part of Prime Global, view available roles, and apply.

How do we improve upon an already highly successful (~95% positive feedback) and established annual educational event?
This was precisely the challenge we set ourselves. The solution was to evolve the live event into an ongoing, faculty-led, multi-channel educational curriculum that provided opportunity for enhanced engagement.

Prime started life in December 1997, on the old grounds of
Barrowmore Hospital near Chester, England.

Barrowmore Hospital, which was founded in 1920, originally specialised in tuberculosis. It later became a centre specialising in helping people with disabilities, before being
adopted into the National Health Service in 1948.

Everything we do is ultimately about ensuring patients receive the best possible medicines and care, so we think it’s very appropriate that our own journey
started where it did.

We’re always happy to hear from you

Use the contact form or get full details for each of our offices around the world.

Contact us
Prime GlobalPrime – Part of The Prime Global Group09.30.2016